FROM VULNERABLE TO
CRITICALLY ENDANGERED (UICN)

UNDERSTAND, EDUCATE AND PROTECT SEA TURTLES AND THE MARINE ENVIRONMENT IN FRENCH POLYNESIA

At a global scale, the sea turtle species populations are declining and are facing many threats: predation of juveniles, poaching, pollution of their natural environment and especially plastic pollution, habitat and sources of food degradation, nesting sites loss on the most populated islands (riprap on the beaches, erosion, luminous pollution, and stray animals) or even climate change. Because indeed, from the very beginning, temperature is a major factor for sea turtles since the incubation temperature of the eggs is determining the gender of the newborn individuals (female above 29°C in the nest temperature).

In French Polynesia, 5 species of sea turtles are currently listed: the Green turtle (Chelonia mydas), the Hawksbill turtle (Eretmochelys imbricata), the Loggerhead (Caretta caretta), the Olive Ridley turtle (Lepidochelys olivacea) and the Leatherback (Dermochelys coriacea). All of them are considered as endangered.

The association Te mana o te moana, “Ocean spirit” in Polynesian language, created in 2004, acts for the protection of the Polynesian marine environment and more specifically the sea turtles through its discovery, education and protection actions. In partnership with local authorities, other associations and universities, it develops research and monitoring programs of sea turtles. It mobilizes and involves all local actors and stakeholders (schools, general public, tourism establishments, …) thanks to numerous awareness-raising activities and participatory science.

To implement concrete actions to understand, educate and protect the Polynesian marine environment.

Components of the project :

Since the association’s creation, more than 500 sea turtles were cared for in the Care center in Moorea, more than 800 turtles were photo-identified, about 1500 sea turtle nesting sites were reported and monitored, about 40 educational projects were conducted, more than 90 000 children were sensitized to environmental causes, and even more. Based on these results, the association Te mana o te moana carries on its activities and develops new initiatives.

Te mana o te moana means « ocean spirit » in Polynesian language.
Created in 2004 , this association act for the protection of the Polynesian marine environment and more specifically sea turtles through actions of discovery, education and protection.

The team implements concrete actions to understand, care and protect the sea turtles species of French Polynesia, for instance with a dedicated care center, through research and scientific studies such as the monitoring of nesting sites or even photo-identification of sea turtles in protected Polynesian waters. 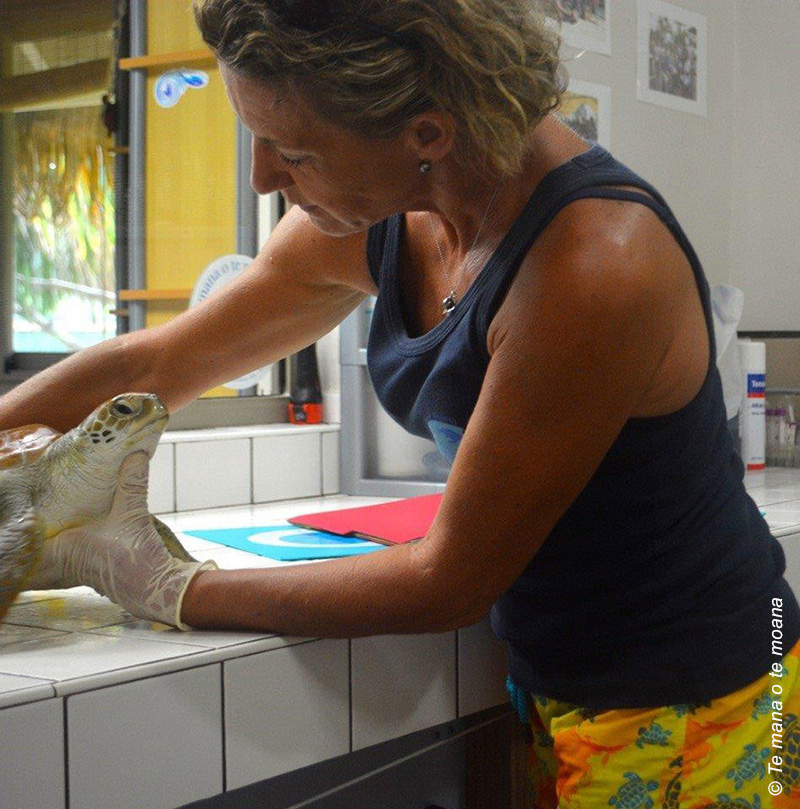