French Polynesia is an important breeding site for humpback whales (Megaptera novaeangliae) and also a beautiful place for watching them. The whale watching activity, that started in 1992 in Moorea, is expanding throughout the region.

The most favorable period for whale-watching in French Polynesia is also the breeding and calving season of these cetaceans. To this day, the impacts on whales during whale-watching activities, due to the presence of boats or swimmers in the area, are not yet fully known. However, some studies have already shown that a significant pressure on cetaceans can induce a change in their behavior and affect the breeding.

The Environment Code of French Polynesia imposes rules for approaching marine mammals. In the framework of the “C’est assez!” project, the association Mata Tohora conducts a major campaign to educate and alert sea users for respectful watchings and to minimize nuisances. It also conducts research and studies about acoustic and ethologic impacts on humpback whales, along the coast and in the bays.

The aim is to answer several major issues: are the rules for approaching cetaceans understood and respected; are the whales’ behavior changing; do they show disturbance signs; what are the most vulnerable and sensitive sites.

In the framework of its project “C’est assez!”, the association Mata Tohora is leading an acoustic and ethological impact assessment linked with whale watching, on marine mammals and in particular on humpback whales.

The results of this research provide information to guide policy makers in the evolution of the whale watching activity, to reduce nuisances on cetaceans, to avoid any changes in their behavior and thus any impact on the marine mammals’ reproduction.

Based in Tahiti, MATA TOHORA is a Polynesian association, with a scientific and educational purpose, exclusively dedicated to the study and the protection of marine mammals in French Polynesia.

The main objective is to protect marine mammals and their habitat in their natural environment, through studies and communication. In order to ensure this, the association proposes various studies, activities and events throughout the year in French Polynesia.

A network of trained volunteers is distributed over many islands in order to take action quickly in case of a problem: whale or dolphin caught in nets, stranded alive or dead cetaceans (significant bacteria risk), etc. Although the team is made of researchers in marine biology, vets and doctors, the spirit of the association is first of all to federate all marine mammal enthusiasts, amateurs or professionals. 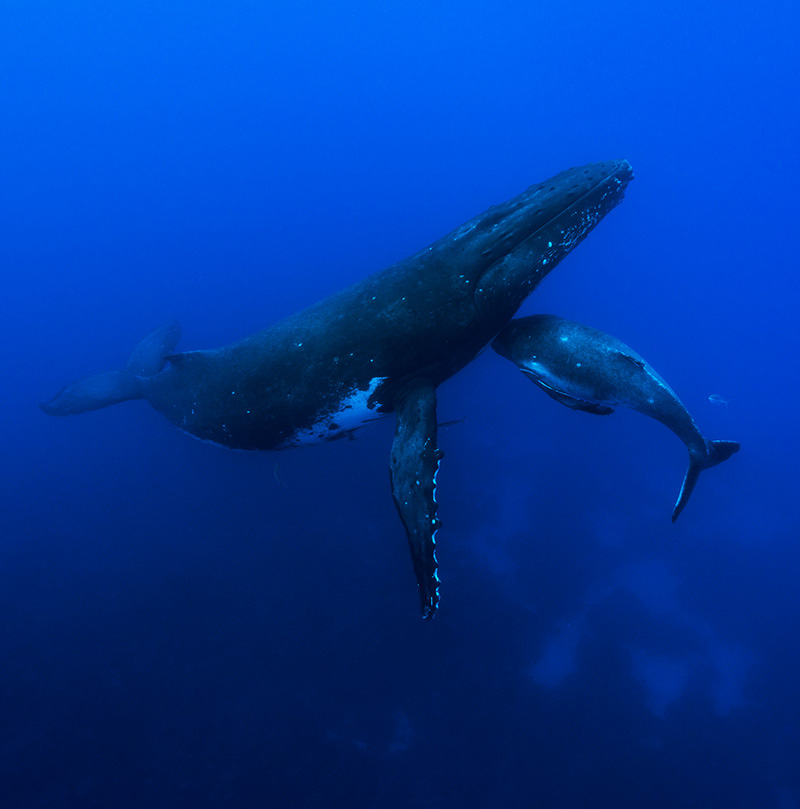