LEAST CONCERN (IUCN)
PROBABLY EXTINCT IN SOME AREAS IN HONDURAS

PROTECTION AND RESTORATION OF ARA MACAW WILD POPULATIONS IN HONDURAS

In Central America, Ara macaw populations are dramatically declining. Indeed, these birds are facing the destruction of their natural habitat, and are also hunted and poached to be sold as pets. Consequently, the species may be extinct in some areas of its range.

Created in 2001, the Macaw Mountain and Bird Park Reserve, with its local and international partners, have implemented a care center for confiscated and injured birds. Encouraged by these first results, the Macaw Mountain started in 2010 a release program in natural environment, combined with public awareness actions, especially on the archaeological site of Copán, listed as a UNESCO World Heritage site. In 2018, about 60 ara macaw birds fly safely around the area now known as “The Sacred Valley of the Scarlet Macaw”.

On the basis of these results, the Macaw Mountain intends to expand its effort in other areas of Honduras to reinforce ara macaw wild populations in other territories.

The eight years of experience of the Macaw Mountain and Bird Park reserve in birds reintroduction has helped to develop a model of “Rescue, Rehabilitation, Reproduction and Release” that can be used elsewhere in Honduras and hopefully in neighboring countries.
The Macaw Mountain expects to increase the birds breeding by both expanding the current nest box program at release sites and establishing an in-country breeding center. Its mission is also to expand the interactive environmental education effort to protect the birds and their natural habitat.

Created in 2001, in Honduras, the Macaw Mountain Bird Park and Nature Reserve is located close to the Mayan archaeological site of Copán, listed as UNESCO World Heritage. Many representations of the sacred Ara macaw are found in this major site of the ancient Mayan civilization. The bird is nowadays a national symbol of Honduras.

Known as a bird rescue, rehabilitation and release center, The Macaw Mountain and Bird Park Reserve’s original aim is to provide proper care and food to birds seized or confiscated by local authorities or abandoned, such as toucans, parrots and macaws.

But since 2010, thanks to the results and to a local, national and international cooperation, the project goes even further. The Macaw Mountain actively contribute to restore free-flying populations of macaws to the Copán valley and to other territories of Honduras. Its mission is also to raise awareness and to promote the conservation of this cultural and natural heritage through an education program dedicated to schools in rural villages. 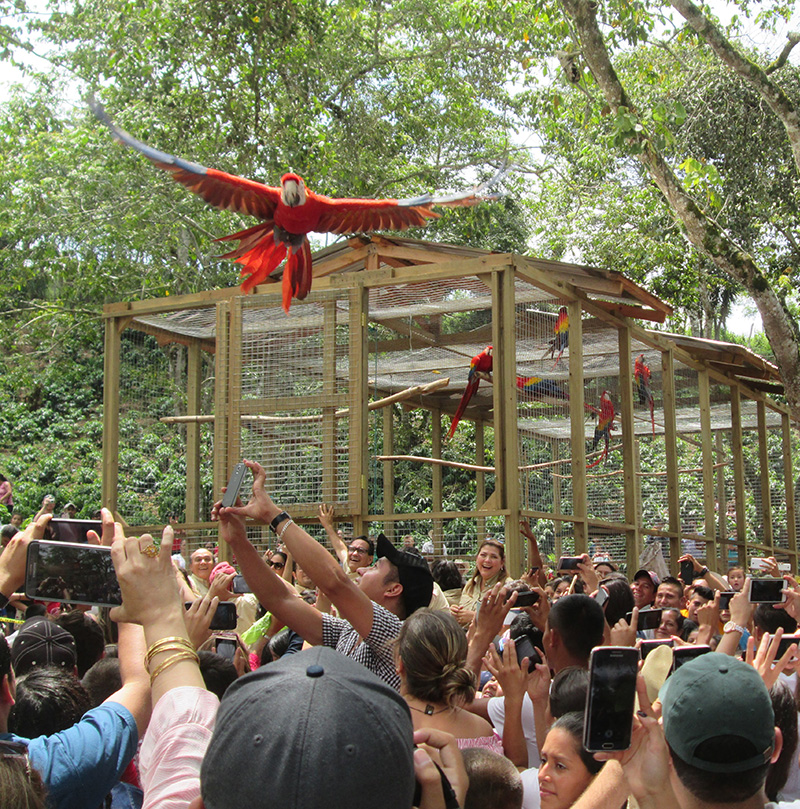